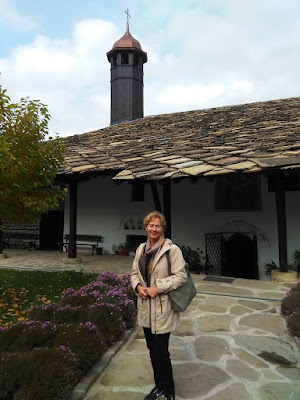 We are still in Veliko Tarnovo. I am not sure how much longer we will be here. Today the chimney man is supposed to be coming, following our unsuccessful attempts to light the woodburner and fumigate the apartment.

Tryvana is a pretty town about 50km from VT. It has lots old-fashioned Bulgarian houses and it is a major tourist magnet. The beautiful old church is roofed with stone, with the obligatory candles, icons and lots of dark wood. The shape of church’s bell tower reminds me of something rather non-ecclesiastical. 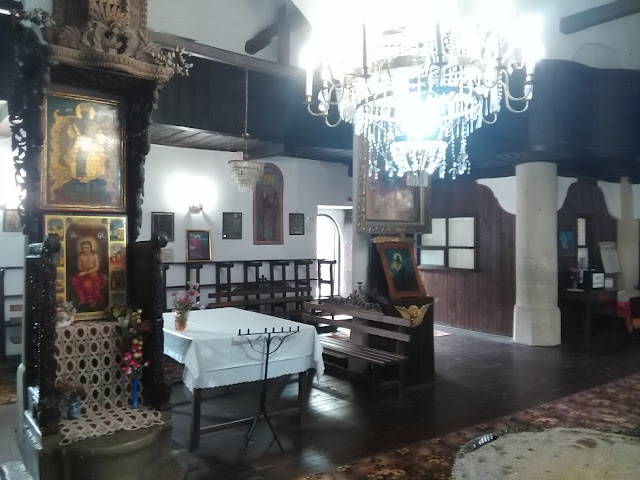 The town square and the clock tower are impressive and it is very pleasant to wander along the cobblestoned streets and over the old stone bridge. 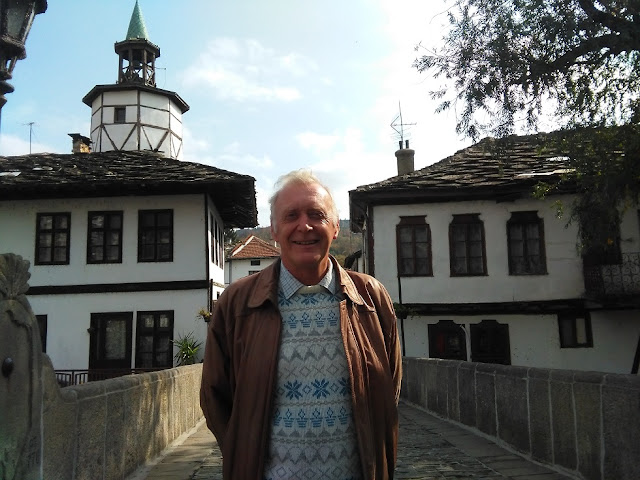 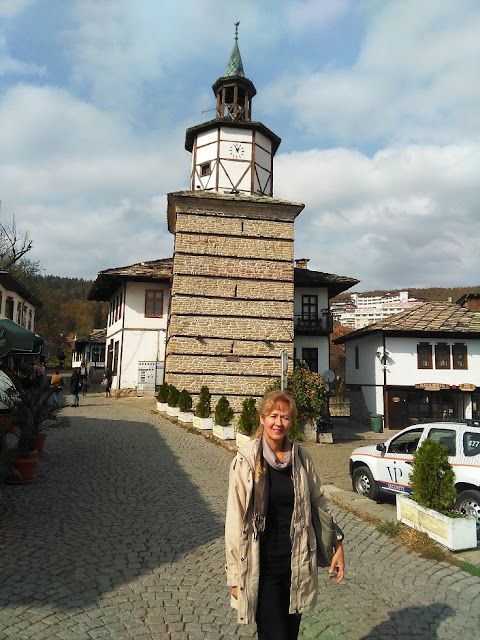 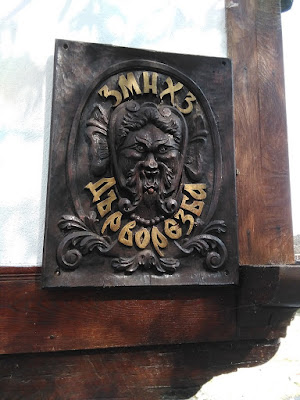 We went to Tryvana a few days ago and the GPS did not do a good job. In fact, the GPS really led us in the wrong direction and some of the “roads” that the GPS recommended to us would have made the road in Kalotina look like a blooming brand-new motorway. They were terrible! Narrow, steep, twisty and sometimes almost no tarmac at all.

Tryvana is indeed a pretty place and, as usual, the lunch was very good. The salad was a yummy collation of brinza and some other kind of cheese, plus boiled egg and red peppers. 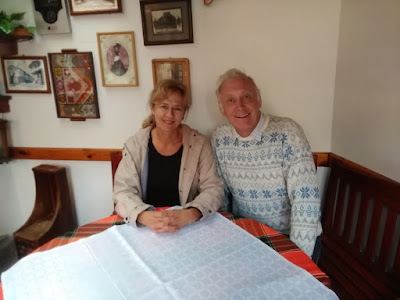 The schkembe chorba was good, but maybe not quite hot enough, and Irena’s mushroom soup was excellent. My homemade sausage was splendidly meaty and Irena very much enjoyed her grilled chicken.
Any other news? On the whole, the car is behaving itself very well and we have not had any more of the stalling nonsense. However, the other day I checked the engine oil and happened to look at the power steering fluid level. The reservoir was almost empty. Gulp! What happens if you do not have enough power steering fluid? It is just too awful to think about. 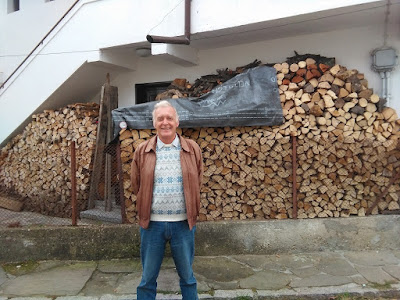 Well, we really cannot spend the worst of the winter in Veliko Tarnovo because our apartment does not have any insulation. The lack of a garage for the car is another problem. This means that, for this winter at least, we are going to be in Kalotina for the worst of the winter. Maybe we will escape and go somewhere warm for a few weeks, to give ourselves a break, but we probably will not make it to the airport if we use the GPS.
Bulgaria Bulgarian cuisine GPS Tryvana Veliko Tarnovo