The Elephant and the Umbrella

July 25, 2018
The Elephant Bookshop is going to be one of my favourite places in Sofia. Well, I have only been there once. It's welcoming, friendly, quirky and full of reasonably-priced and very readable English language books. Nothing by P.J. O'Rourke, alas, but I left my umbrella behind and so that means that I will have to go back there again. (That sounds a bit like throwing a coin into the Trevi fountain in Rome. There was also the curious story about the RAF pilot who left his brush and comb in a London hotel. Years later, when the war was over, he went back to the hotel and there was his brush and comb set.)
English bookshops are few and far between in Bulgaria. Most of the BG bookshops do not have any English books at all or maybe a few worthy but dull classics. 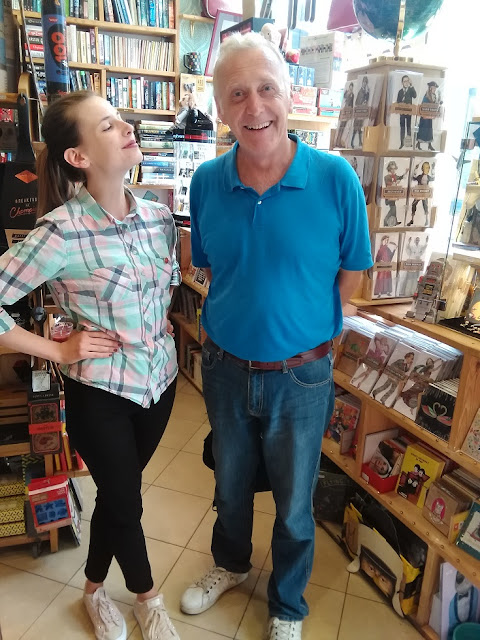 So why was I in the Elephant Bookshop? Because I am going to be spending 13 hours (not 17, as I mistakenly wrote in a previous post) in an airport in Moscow. 13 hours instead of 17. It is a bit like telling a condemned man that he will only be getting a firing squad and so he is not going to be hanged, drawn and quartered. What a relief! Even 13 hours in any airport is going to be horrible, but I have the feeling that Shermetyevo and Vanukvo airports in Moscow are going to be even more soulless and mind-numbingly dull. Joie de vivre and airports just do not go together. Somewhere in Bulgaria there is the "happy cemetery" and there are supposed to be jokes written on the gravestones. Maybe they could try something similar with airports. 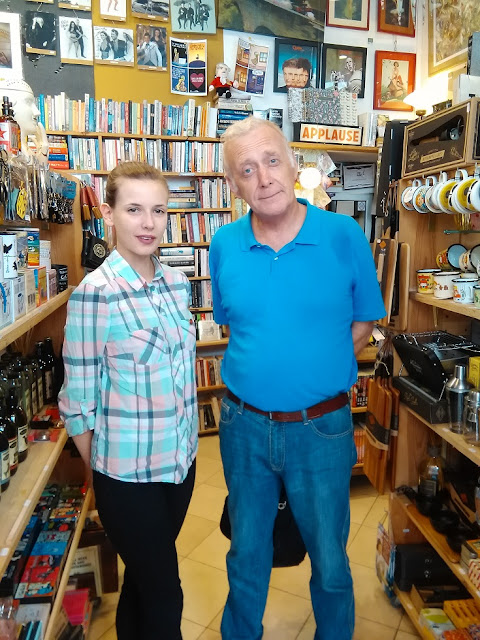 Sophia, the friendly sales assistant at the Elephant, even wanted to be in the photos. Although her colleague was not as pretty, he did find me The Wind in the Willows and Graham Greene's The Third Man.

The poet John Betjeman, one of my heroes, passionately hated all airports because he thought that they were dictatorial and dehumanizing places, but maybe Moscow's airports will be my big chance to read past Harry Lime's funeral on page 4. Not quite the same as messing about in boats and Mr. Toad.