A Letter to Joel

January 02, 2018
A lot of teachers write to me, asking about what it is like to teach in international schools around the world. Joel wrote to me and he suggested that it might not be a good idea to teach Chinese students.

Well, you should speak as you find, as they say. If you have come across some lazy or poorly-motivated Chinese students, then fair enough. But that is not my experience.

I have been teaching at Green Oasis School (GOS) for more than four years now. Before that, I was in the UK, Kenya, Saudi Arabia, Egypt, Romania, the UAE and Qatar. During my travels I have come across more than my fair share of badly-behaved and lazy students. Now I am a primary school teacher and I wondered whether the older students at GOS became absolutely horrible as soon as they left the primary section, but my colleagues in the senior school all tell me the same thing. In so far as it is possible for teenagers to be pleasant and well-behaved, ours certainly are. 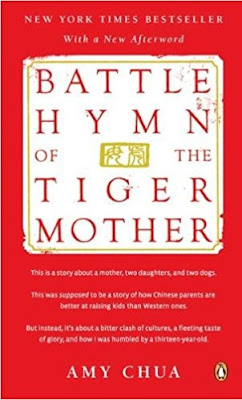 There are lots of reasons why Chinese students are much more motivated and well-mannered than students in the UK or just about anywhere else.

First of all, Chinese schools (the government run schools) are unspeakably awful and my guess is that the students at GOS know this very well. They like being at GOS and they do not want to leave! Secondly, their parents are paying a heck of a lot of money. Thirdly, we are over-subscribed. I have told my students, "If you do not want to work, why don't you leave? There are lots of other children who would like to sit where you are sitting!"

For most GOS students, their academic work is incredibly tough because it is all in English and their first language is Mandarin. Therefore they need to get on with their work and not waste any time. There are 1.4 billion people in China, so it is a competitive place. Parents tell this to their children and of course the parents themselves are very much aware that an English-style education is a valuable asset in China. It is also the key that might allow their child to avoid the dreaded gao kao (the ghastly entrance test for Chinese universities) and instead their little darlings have the option of going to a university in the US or the UK. Each year we have the Dragon Boat Festival and it is supposed to be about a famous poet who was drowned. Chinese high school students say that the poet drowned himself because he did not want to tell his parents that he had failed the gao kao. 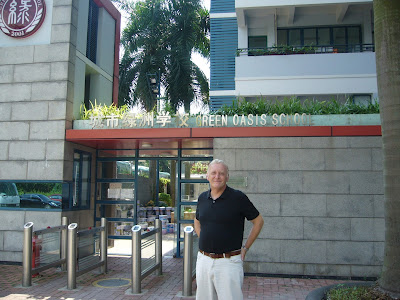 Confucianism is still a powerful philosophy in China. It stresses children's obedience to their parents and respect for authority - things that seem to have gone a bit out of fashion in the UK. Therefore most students get on with their homework, even if they find it tough or boring. Amy Chua's book  Battle Hymn of the Tiger Mother is perhaps a rather extreme example of this.

As well as Confucianism, there is simple patriotism. All classrooms have a Chinese flag on the wall and once a month the Chinese flag is raised. The GOS students stand in line and sing the Chinese national anthem. Have you ever seen that done at a school in the UK? (No? Somehow I thought not.) In other words, at Green Oasis the school is keen to promote the idea that hard work and doing your best are part and parcel of being Chinese.

At GOS, we make a point of supporting traditional Chinese values. One boy was made to leave my class for the rest of the year because he was disrespectful to his grandfather. The other children complained about him and they were upset.

Once I had a mother of a student in my class who thought that it was fine for her daughter to do two hours of piano practice after a long school day. I could give you plenty of other examples. Loads of Chinese children have private tutoring, during the week and at weekends as well. "Why don't you let your daughter have a childhood?" was a comment I once made to the mother of a girl in my class.

Last but by no means least, there is Mandarin. At school I learned French and Latin, while at university I studied Greek and Hebrew. As my dear wife is Russian and we have properties in Bulgaria, I have learned a bit about Russian and Bulgarian. Mandarin, however, is in a completely different league. It is, by its very nature, a far more difficult language. For a start, English has an alphabet of 26 letters, but Mandarin does not. Instead, there are estimated to be something like 40,000 separate, individual characters (little pictures) in Mandarin. So that must mean that Mandarin is 1,538 times more difficult than English! Actually a lot of the Mandarin characters are very rare and hardly used, so most educated people in China probably know about 5,000 characters. This would mean that Mandarin is only 192 times more difficult, if I have pressed the right buttons on my calculator. So does that mean that Chinese children are 192 times more intelligent than English children? Or does that mean that everything else seems a lot easier, if you have studied Mandarin? Perhaps the mental effort required to learn this language has a profound effect on your brain, the intellectual equivalent of running a Marathon. If you are trying to learn Mandarin and English at the same time, then the demands on your patience and concentration must be very great indeed. So are my students stressed out? No, they are not. At Green Oasis the students seem to be a happy, hard-working and well-adjusted bunch of youngsters.

Well, I hope that you will seriously consider applying for some teaching jobs in China. It's an exciting place.